Dr M L Ryder was a British expert in the history of sheep and wool. He published extensively at the international level during his long career and much of his research is still relevant. In 2013, he kindly provided us with a bibliography of his work for web download. It has been divided into four sections: click on the links below.

Published with kind permission of the editor of Archaeological Textiles Review, ATR

The announcement that Dr Michael Lawson Ryder had died on 6th February 2015 at the age of 87 brought an immediate and deep sense of loss to the whole archaeological textile community, to whom he was an almost legendary figure. Few textile archaeologists will not have been familiar with his work, or not have consulted his magnum opus Sheep and Man (Duckworth 1983, reprinted 2007) -- a veritable encyclopaedia on that topic, but written by one man. Moreover, away from the printed page, he was a fount of knowledge about sheep, their characteristics and history, and he was always happy to tackle questions on the topic from any quarter.

Ryder was the first to realise that the method of wool fibre diameter measurement practised at the Wool Industries Research Association in Leeds for modern industrial applications could also be applied to archaeological wool fibres and yarns, wherever they survived and however old. At the core of his research was a histogram based on 100 fibre diameter measurements from a single yarn. Multiple sampling and comparison with recent data enabled him to argue that ancient raw wool and textile yarns reflected and could be attributed to a spectrum of fleece types, from ‘true hairy’ to ‘true fine’. In due course he made a number of adjustments to his scheme; and others following in his footsteps have added their own modifications.

Michael L.Ryder MSc PhD CBiol FIBiol FSA (Scot) was a Yorkshireman from Leeds by birth, upbringing, education, accent and attitude – and it was entirely natural that he should become an authority on Yorkshire’s premier product, wool. After graduating from Leeds University as an animal biologist, he worked at the Wool Industries Research Association alongside colleagues such as Harry Appleyard who were a formative influence upon him. Nevertheless, for his first academic job he migrated to the University of Armidale, New England, in Australia - another famous wool centre – where he was appointed Senior Lecturer in Livestock Husbandry. But Michael and his first wife Mary did not find Armidale congenial, and they returned when Michael obtained a research post in the Animal Breeding Research Organisation at Roslin near Edinburgh (now the Roslin Institute of the University of Edinburgh). There he met Audrey Henshall in the National Museum of Antiquities of Scotland, and it was through Audrey that I (JPW) first got to know him: a research student, he opened up for me an exciting new window on Roman wool textiles.

In the late 50s Michael’s vast output of publications on sheep, wool and 1001 related topics was just beginning, and never abated (for his bibliography see above/). While his textbook Wool Growth (1968, with S.K.Stephenson) was a landmark in livestock studies, he tackled with aplomb some of the key historical issues, memorably the identification of the ‘wool’ fibres from Neolithic Çatal Höyük as flax (1965), the origin of spinning (1968), and the need to preserve rare breeds of farm animals (1970, 1976). Beyond his strictly scientific papers he published numerous popular accounts of aspects of his work, including a handbook for archaeologists on bone identification and for spinners, weavers and dyers on sheep and wool.  He travelled widely to inspect primitive and obscure sheep breeds: he had visited (he once said) every country for which the British Council would give him a travel grant.

Michael regularly demonstrated and taught his techniques of fibre diameter measurement, using a (WIRA-approved) x500 projection microscope. Michael insisted that apprentices should first analyse his standard samples, to check the accuracy of their work, and their microscopes, and to ensure that their results would be compatible with his own – a wise precaution. Penelope Walton Rogers was amongst those to exchange samples and data, and to benefit from his visits in the 1980s and 1990s.

Later in his career, when the existence of the Animal Breeding Research Organisation was under threat, he fought hard for its survival in the form in which he knew it. On retirement to Southampton, he revisited his childhood love of the Yorkshire Dales and their sheep (Thomas and Michael Ryder, My Ramblings in Wharfedale (2002)); but he remained happy to be interrogated on ovine matters. To claim that his death marks the end of an era is not a cliché: it is a sad fact. 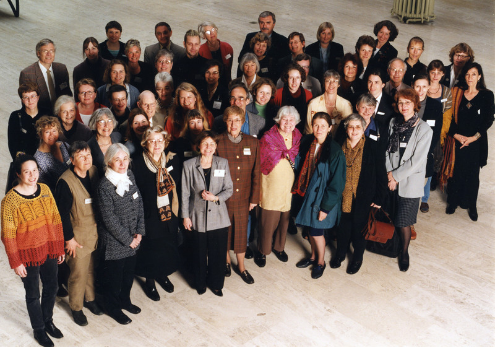